Work continues on the Temple of Bacchus

The Painshill team, along with Project Print Management, have been working hard in the last few weeks on the interior of the Temple of Bacchus!

Hamilton’s Temple of Bacchus was much acclaimed for its beauty and architectural merit. It was the only classical building in England praised by Thomas Jefferson during his visit to these shores in 1786.

The restoration of the exterior was started in the autumn of 2016 and was completed in March 2019. 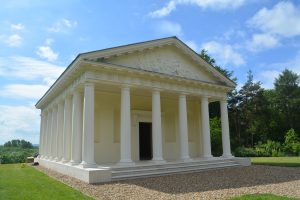 Until we raise sufficient funds to restore the interior properly we have been installing a number of displays to show visitors how this amazing building would have appeared to Charles Hamilton and his invited guests during the 18th Century.

Firstly, we wrapped the interior in fabric, starting with the ceiling. 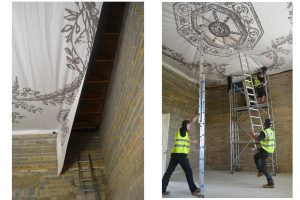 The original ceiling was of ornate plasterwork which we believe was designed by Robert Adam. It was described in 1795 by one visitor as “a simple neat design a wreath ornamented with four Eagles & grapes & vine leaves”. 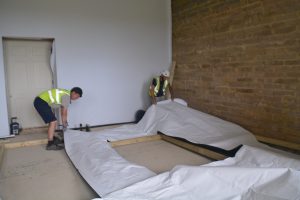 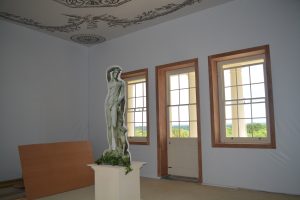 Busts of Caesars and Statues

Four statues of Mercury, Venus de Marina, Apollo of Belvedere and Venus de Medici stood in the four niches to the South. 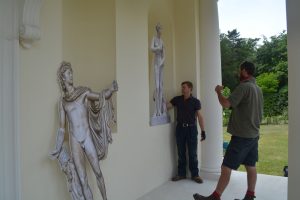 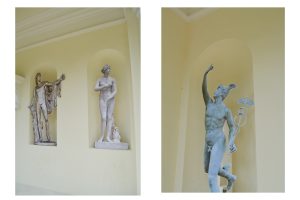 The walls once again display Hamilton’s 12 busts of Roman emperors collected by him on one of his “Grand Tours”. 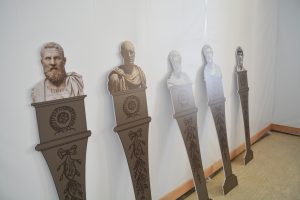 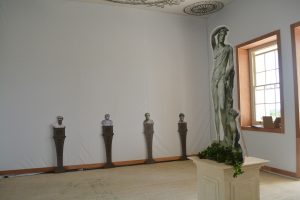 Finally, we will place panels over the floor to complete the room and ensure all guests can get a feel for how it would have looked.

When we restore the Temple fully we will be plastering the walls and the ornate ceiling. We will commission the recreation of the busts and the exterior statues and reinstate them. We will also return the statue of Bacchus to his Temple (he currently stands outside of the shop).

We are in the process of fundraising for the interior – please help if you can by donating online today.

We very much hope that you will come and see the Temple soon! Visit us this summer and see our progress for yourself. 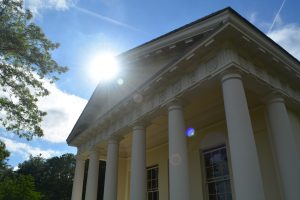 Rick Parfitt Jr on playing at Painshill this summer

5 things to enjoy at Painshill in June

Painshill Park Trust will be part of a Surrey-based project to protect wildlife.