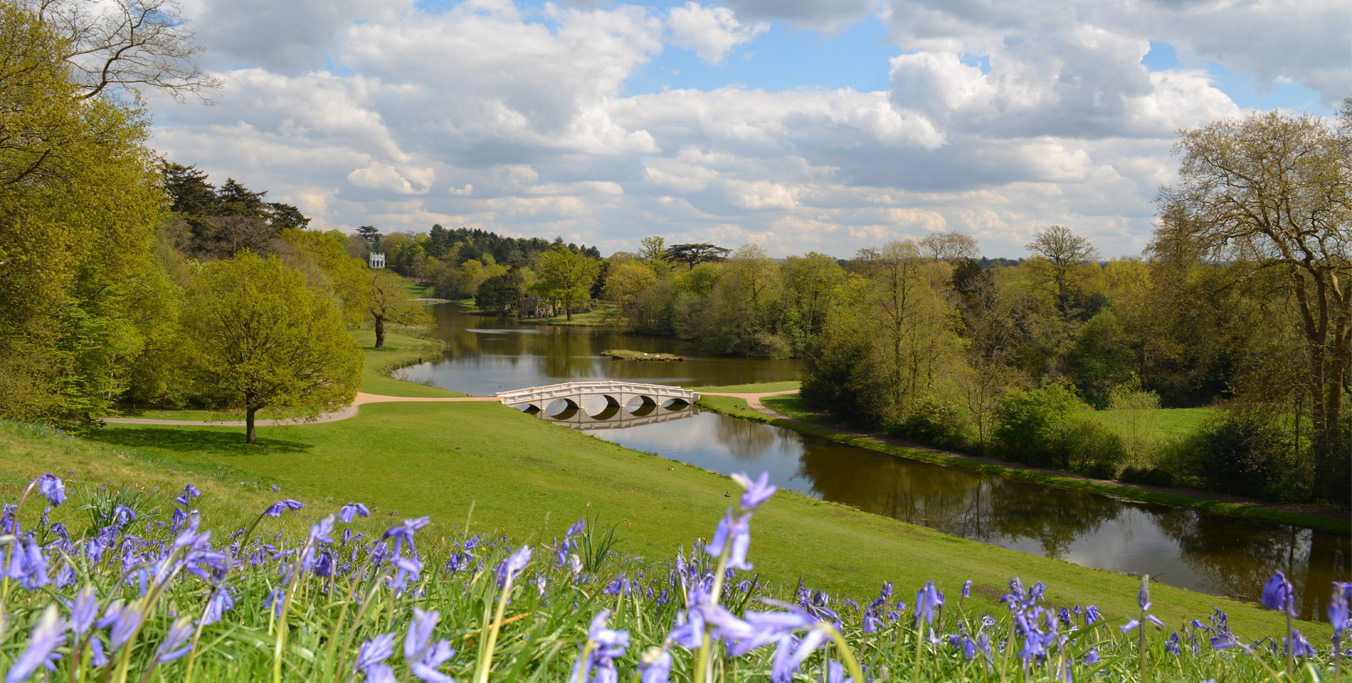 Is spring finally here? Are we out of winter yet? Perhaps we are best to adhere to the old saying of “don’t cast a clout till May is out!” – Or do not pop away the winter woollies just yet.

As far as the plants are concerned however spring is definitely just around the corner the snowdrops (Galanthus nivalis) are carpeting the Landscape in a number of areas with their froth of white. In addition, the wild daffodils (Narcissus psuedonarcissus) are glowing with sunshine yellow guaranteed to brighten up even the dullest March day.

We have been extremely busy since the last update with the continuing restoration of the landscape as close to ‘Charles Hamilton’s vision as possible’. With this in mind, we have been cutting back quite a few areas to re-open lost vistas and show off the serpentine curves of the lake edges.

As well as uncovering more of the landscape for all to see, we have also been cutting back along stretches of the River Mole bank. This task has been performed for a number of reasons such as the removal of fallen trees, logjams and other debris (how do so many footballs get into the river?). In some areas, the river had also become choked up by trees rooting into the river bed itself, therefore obstructing the free flow of the water.

As part of our cutting back we have also continued with the coppicing of overgrown hazels stools to both reduce them, and to make them easier to harvest plant supports from in the future.

We have now completed the winter pruning of the grape vines with all the debris removed and burnt to minimise the potential spread of disease.

In the greenhouses we have been busy “earthing up” the overwintered Dahlia tubers, potting on the Pelargonium cuttings taken last September and beginning the annual seed sowing programme for 2017.

On the mild and dry days we have been aerating the lawned areas to alleviate compaction and to facilitate the smoother transition of water and air to the soil.

So pop on your winter coat and come and have a look at what we have been up to, and whilst your here venture further than normal and explore beyond your normal route.

Best Wishes from the Landscape Team

5 things to enjoy at Painshill in July

Rick Parfitt Jr on playing at Painshill this summer

5 things to enjoy at Painshill in June